In the quest of Engineering Agency Fencx to the effect of robotization in The Netherlands, the Betech Group was asked as experienced partner.

In our quest to the effect of robotization the Betech Group couldn’t be left out. For those who don’t know Betech, we’ll explain it first.

Betech was founded in 1994 and operates in an industry which has been tough for the last 10 years; serial production of turned and milled parts. As entrepreneur in the technical sector I’ve seen many companies which had to fight for their survival the last 10 years. The economic crisis requested a high level of endurance. Especially in the four Northern provinces of The Netherlands it has been very tough. Much of the work has been outsourced to low-cost countries. 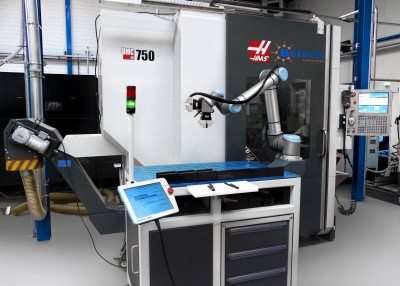 And yet they prosper!

Where many production and machining companies were heavily necessitous after the crisis, Betech receives a reward from Graydon in 2014. The largest Dutch credit rating company. Betech belongs to 3% of the most healthy companies of The Netherlands. Of The Netherlands, in the machining industry! With a down-to-earth smile and a ‘made in Holland’ flag, Betech trumps multiple competitors from low-costs countries. Betech invest heavily and they grow stronger than the market.

How is it possible?

We read on the website: ‘‘This exponential growth is made possible by 24/7 automated production (of which 15 are unmanned), a very large and wide-ranging machine fleet but a above all: smart production with a high level of quality. This is also the reason why Betech is proclaimed development partner Smart Industry of the Chamber of Commerce. Furthermore we read: ‘‘In 2020 all Betech-divisions must produce 24/7 in an automated manner with a maximum labour added value of 20%. In 2025 this percentage must be reduced to 15%.’’

Does Betech already benefit from the 4th Industrial Revolution?

Upon arrival at the production facilities a few things stand out. First of all we see smiling people. Committed staff who exercise their profession. ‘We operate 24/7 and still the parking lot is empty at 17:00 h.’ says our enthusiastic host Arjan Schuinder. ‘For us it’s important that the specialist works during daytime, so that the repeating work can be executed during the night.’ And it’s true. We see modern devices as robots doing the heavy and repetitive work. The robot operates with humans so they can truly be a specialist.

‘Our people love to work with robots because they experience no competition from them. They know that workmanship won’t be robotized. It’s about the repetitive work around it’, thus Arjan Schuinder. An essential condition for the robotization to succeed. ‘Our specialists change a machining-department every year. On Monday they know what work has to be done this week and they organize their own week. Do they operate efficiently with aid of the robots, than they’ve got more time left.’ Our system operates so efficiently that we’re even competing with countries like Romania, Turkey, China and India. Our people make the difference, with automation as an extension. And Betech is far from done. The next step is Smart Industry: a completely digital flow from order to production and from production to delivery. 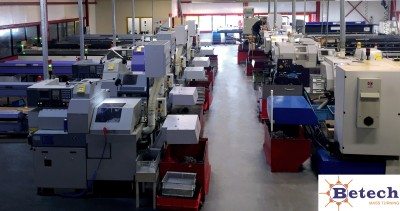 Betech has improved the production per employee by partly robotizing the process. This has resulted in a much better competitive position in the international industry. The outcome is growth in more employment of both human and robot.

A beautiful piece of: ‘MADE IN HOLLAND!’